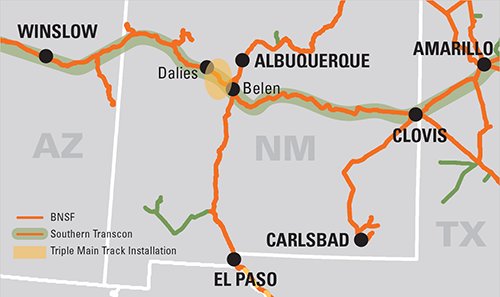 Memorial Day Holiday Operating Plan
BNSF will continue to operate carload and local terminal train service according to normal schedules throughout the Memorial Day weekend. While train service will not be curtailed, BNSF plans to minimize the number of yard, local and road-switch assignments at terminals due to anticipated customer shutdowns for the holiday. Connecting carriers who have reduced operations for the holiday may cause delays on interline traffic.