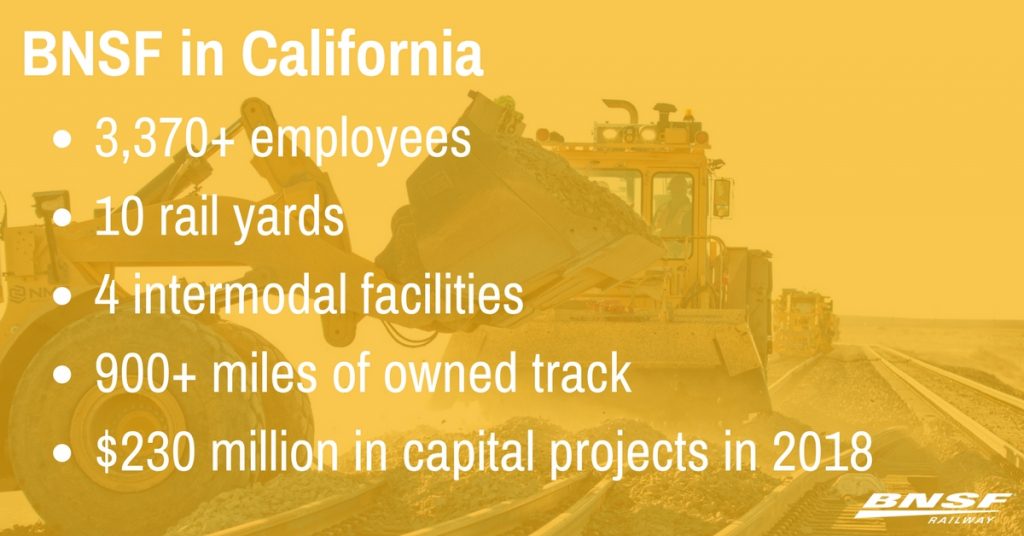 BNSF operates a 2,000-mile network in California and has invested approximately $1 billion to expand and maintain its network in the state over the past five years. In 2018, additional production track and new lift equipment will be installed at the Los Angeles Intermodal Facility. At the Stockton Intermodal Facility, BNSF will extend the existing north lead track to improve switching capability.

On the Needles subdivision, BNSF will begin the multi-year construction of a third main track between West Needles and Ibis. Capacity through the city of Needles will also be expanded by adding approximately four miles of quadruple main track to the existing triple track. The 2018 maintenance program in California includes more than 570 miles of track surfacing and/or undercutting work as well as the replacement of approximately 40 miles of rail and close to 100,000 ties.

“California is a critical part of BNSF’s rail network, providing access from West Coast ports to major markets in the U.S. By committing to ongoing maintenance projects and enhancements in the state, we are showing our dedication to Californians to run a safe, reliable and efficient railroad,” said Donnie Stilwell, general manager of operations, California Division.