At BNSF, the forecast calls for clearer wind data

At BNSF, the forecast calls for clearer wind data

In Southern California, the dry, hot winds are called Santa Ana. On the eastern slope of the Continental Divide in Montana, where the temperature is cooler, they’re known as Chinooks. No matter the name or origin, winds that deliver hurricane-like gusts pose significant safety concerns to our crews and trains, which operate through these and other susceptible regions.

At certain speeds and conditions, wind can be strong enough to knock unloaded coal and grain cars off the track. Stacked, empty containers can act like a sail, literally lifting the cars. Damaging winds can also blow down power lines and trees or propel other obstructions into a train or its path.

“When there are high winds at speeds of 50 mph or greater, our trains have to slow down, then hold for the crew’s safety,” explained Clark Simmons, director, Transportation. “We have a network of wind stations across the system that measure the wind speeds, wind direction, air temperature, humidity levels and more.”

The stations send wind warnings to our dispatchers in the Network Operations Center in Fort Worth, Texas, who will notify trains crews in affected areas to proceed to an area where the train can be safely held, until the warnings pass. Crews in the field also have hand-held anemometers they can use to measure the wind.

“Wind is different from a thunderstorm, which you can usually see brewing on the horizon,” said Simmons. “You can’t always tell how strong the wind is, but the wind indicators do tell us when we have potential concerns – and now we have a new technology that can confirm those readings in the field.”

Because train crews have a tablet at their disposal, Simmons said it made sense to put wind information in their hands. Employees from our Technology Services and Network Control Systems teams designed an app that gives users real-time wind data.

“The train crews now have wind readings at their fingertips whereas before it was an estimate or they had to wait for the dispatcher to make the call,” added Simmons. “Now, with the app, they can confirm that the wind has died down and, with authority from the dispatcher, they can get their train moving again, saving time while still ensuring safety.”

Simmons credits Luke Johnson, general director, Transportation for the Montana Division, for suggesting the app and promoting its benefits.

“We have some of the toughest conditions on our Hi Line Subdivision between Havre and Whitefish, Montana, with gusts up to 100 mph,” Johnson explained. “We’ve added more fixed anemometers across our division to give us wind speeds, but that information wasn’t always easily accessible to employees. Now they can pull it up on their iPads, which ultimately gives them the ability to compare what they’re seeing outside of the locomotive to what the readings truly are.”

Getting the app developed was a collaborative effort, one for which Simmons nominated the team for an Achievement Award, which recognizes employees who demonstrate BNSF’s Vision & Values beyond their normal job responsibilities.

“They saw the need, they scoped the project and made a vision reality,” he said. “As we get others across our network to use the app, they’ll see the benefits are fantastic.”

Those benefits translate to service and safety – and that’s not just bluster. 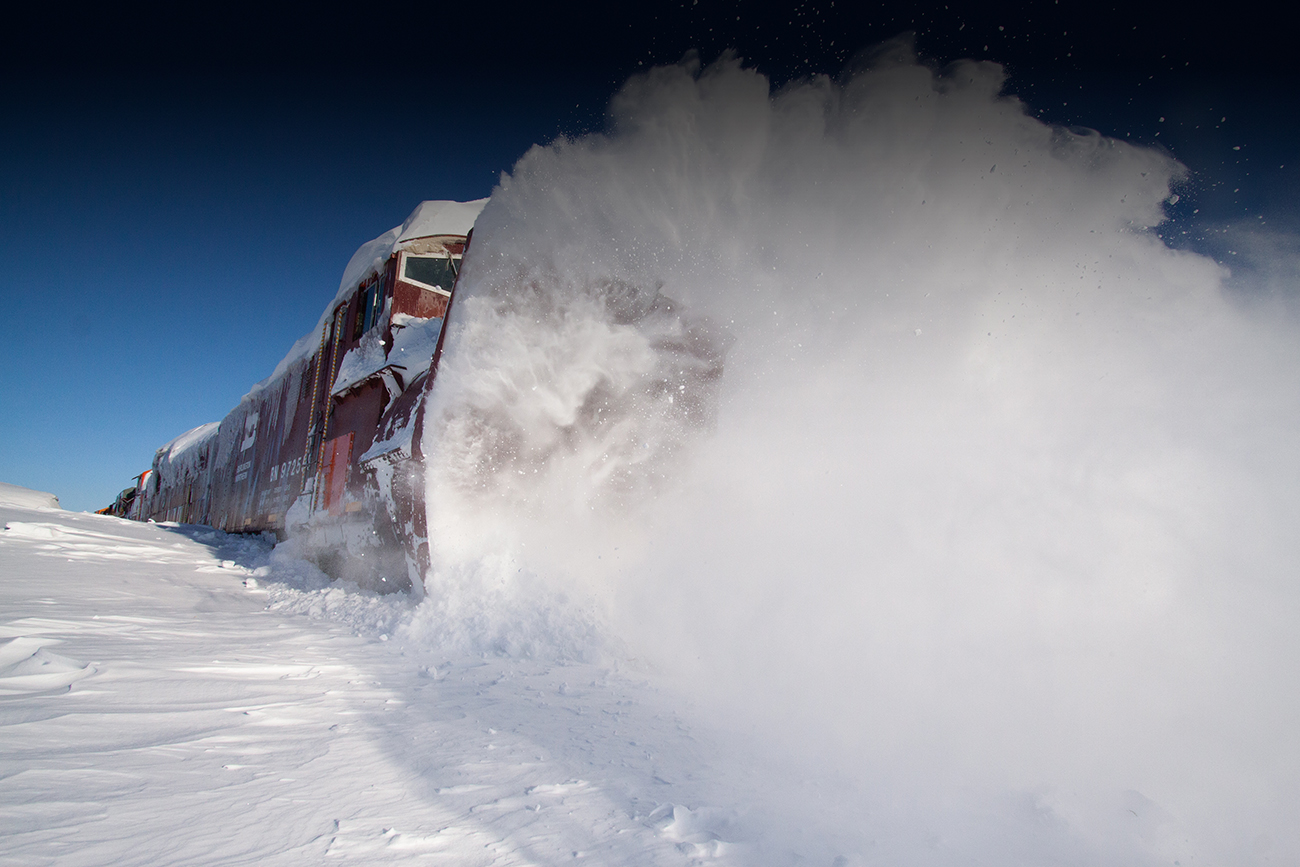 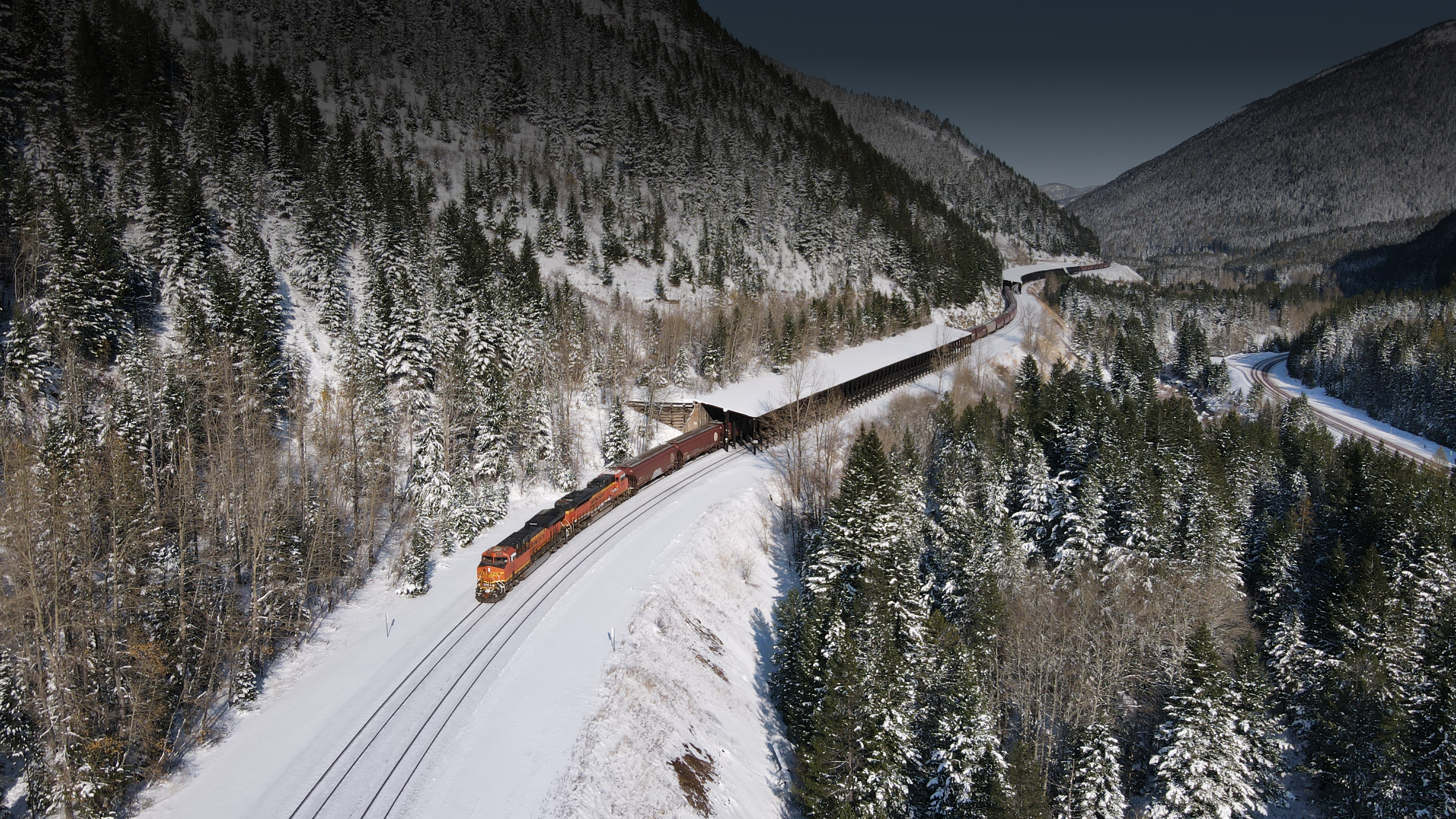