Presidents, patents and passengers: How the West was populated | Rail Talk

Presidents, patents and passengers: How the West was populated

There are few, if any, industries that grew alongside the United States as closely as the railroad. And, just like the United States, this growth did not happen overnight. It required surveyors, maps, deeds and, in some cases, presidential signatures to help the railroads, and the nation, to move westward into unchartered territory.

In the early 1860s, then-President Abraham Lincoln signed the Pacific Railroad Acts into law to promote the construction of a transcontinental railroad. By providing land grants and government bonds to railroad companies, western expansion rapidly progressed to the modern rail networks we see today. For example, these land grants allowed Atlanta and Pacific, a subsidiary of BNSF predecessor Atchison, Topeka & Santa Fe, to create the fourth transcontinental railroad in 1883. That route is today known as our Southern Transcon.

But, before a land grant could be obtained from the U.S. government, an act of Congress had to be passed that determined the boundaries under which a railroad could claim land. Once this act was passed, a prospective railroad would send a surveyor to the area defined in the act and a filing map would be drawn to show the exact land they wanted to claim.

These filing maps, once approved by the Department of the Interior, would then become the deed of the land. Over 200,000 acres are still owned by BNSF through this process and in some cases, that filing map may be the only document that shows our claim to the land.

“It’s critical that we preserve these documents because some are still the active documents under which we claim that right-of-way,” said Ashley Jeffus, project manager, Records and Information Management. “If there is a dispute over property or if we sell land, these documents are what proves our title to that real estate.”

Some land claims filed by our predecessors were so substantial that they would then follow up that deed with an additional patent - one that would require a presidential signature to be ratified due to its significant impact on the U.S. infrastructure.

Each act of Congress had specific parameters as to what type of land could be claimed. For example, a railroad could not stake a claim within 10 miles of land claimed by another railroad. To claim land outside of the pre-determined territory, it would have to be purchased directly from the landowner.

“These patent documents really chronicle the movement west and the building of the United States’ critical infrastructure,” Jeffus said. “Settlement followed the railroad.”

As settlers began to populate the West, the western railroads encouraged more people to “ride the rails” and purchase land provided by the government. Promoters were hired to share how businesses and towns were sprouting up, thanks to the railroad land. Many promoters hired artists to paint the newly formed national parks to encourage people back east to come and see what the new America had to offer. This allure and the romance the West inspired helped fulfill our nation’s destiny -- in part due to something as small as a signature and as big as the American dream. 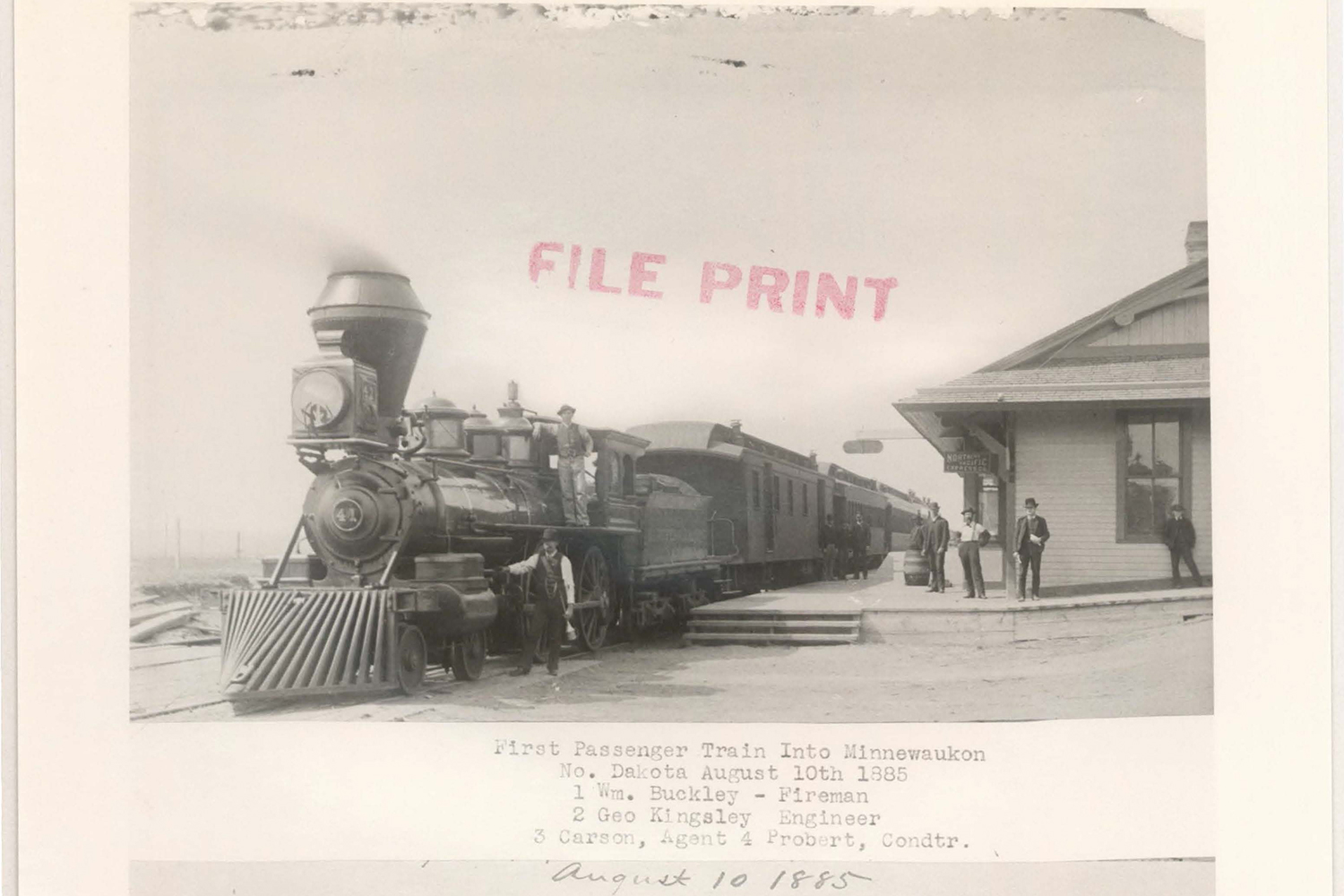 When steam engines were still used to power trains, they were required to fill up their tanks every seven to ten miles to continue functioning, and after 90 miles they would need to stop to be serviced.

Because of this service pattern, when you look at a map or travel to a state like North Dakota, you will notice that mid-sized cities are seven to ten miles apart and the major cities are 90 miles apart. The migration and settlement pattern of the western United States followed the railroad in a way that is still reflected today.