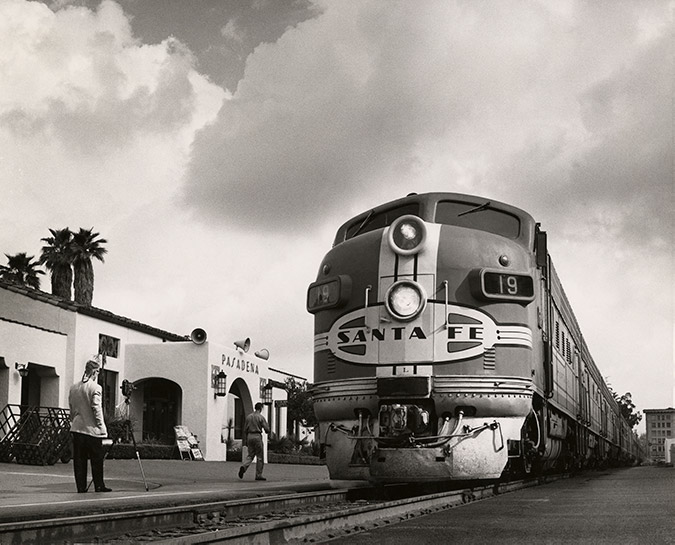 Stars took it and so did politicians, athletes, the rich and the famous.

From the late 1930s to the 1950s, before commercial flights became common, BNSF predecessor Santa Fe Railway’s the Super Chief was the primary mode of travel for stars and starlets. The Super Chief was the railroad’s premiere diesel-powered Pullman sleeping car train that ran daily from Chicago to Los Angeles.

“There was a lot of celebrity activity over time that involved the Santa Fe with the film industry, beginning in the silent movie era,” said Mike Martin, former public affairs director for the railroad and rail enthusiast. “One reason is that West Coast terminals for the railroad were in California.”

The Super Chief was a hit with celebrities, thanks to its top-of the-line service. The designers made sure the interior was unique and charming; classic Native American patterns and colors, paintings and even murals adorned the passenger cars. Riders enjoyed the air-conditioned cars, private bedrooms and gourmet meals, among other amenities.

The “Travel Santa Fe All the Way” direct route took just under 40 hours. If riders were going all the way to New York City, they could choose between the New York Central Railroad’s 20th Century Limited or Pennsylvania Railroad's Broadway Limited between Chicago and Manhattan.

Another luxury train that drew celebrities was the Empire Builder, which operated between Chicago and Seattle/Portland in both directions daily. It ran between the Pacific Northwest and St. Paul, Minn., on the Great Northern and on the Burlington Route between St. Paul and Chicago.

In addition to celebrities riding Santa Fe trains, movies, TV programs and commercials have been made about the railroad or were filmed on or near railroad property. In 1939, the western genre feature film Dodge City debuted in Dodge City, Kansas, along the original Santa Fe Transcon mainline. The town of 11,000 swelled to nearly 50,000 to greet the publicity passenger train Santa Fe ran from Los Angeles to Dodge City for the movie debut. A few years later, Judy Garland starred in the MGM film The Harvey Girls, a Hollywood adaptation of a Harvey hotel/restaurant operation set in the Southwest.

More recently, The Changeling, starring Angelina Jolie and directed by Clint Eastwood, featured several shots filmed at San Bernardino’s historic depot. To create the scenes, Universal Pictures contracted with BNSF to move eight vintage passenger cars, a steam engine, two diesel locomotives and a tank car. Other movies have been shot in the Pacific Northwest, considered the Hollywood of the north, such as The River Wild, Far and Away and more, including commercials for several automakers.

Like everything on the railroad, these operations are well planned, with a focus on safety first. The film crews and stars are briefed on what they can and can’t do. The stars are mostly appreciative – and sometimes thank a lucky employee with a photo or autograph.

In addition to drawing stars to its trains, a BNSF predecessor had one of its own: Gene Autry.

Autry began working as a telegraph operator for the Frisco in Oklahoma after graduating from high school. When the wires weren’t too busy he’d play guitar and sing. Humorist Will Rogers dropped by the depot one day to wire his newspaper column. He heard Autry playing and singing and suggested he use his railroad pass to travel to New York City and audition.

Autry teamed up with another railroader, Jimmy Long, to write “That Silver-Haired Daddy of Mine,” the first record ever certified gold for selling more than one million copies. By the time the record was released, Autry was performing on the radio and his career was taking off.

In 1934 he made his first movie appearance In Old Santa Fe and starred in his first movie the next year, eventually appearing in 91 feature films. He also starred in The Gene Autry Show for five years and recorded 635 songs, including Rudolph the Red-Nosed Reindeer.

Autry is also the only person to have been honored with five stars on the Hollywood Walk of fame: one each for live performance, movies, radio, records and television. In 1941, Berwyn, Okla., changed its name to Gene Autry, Okla., which is still served by BNSF. 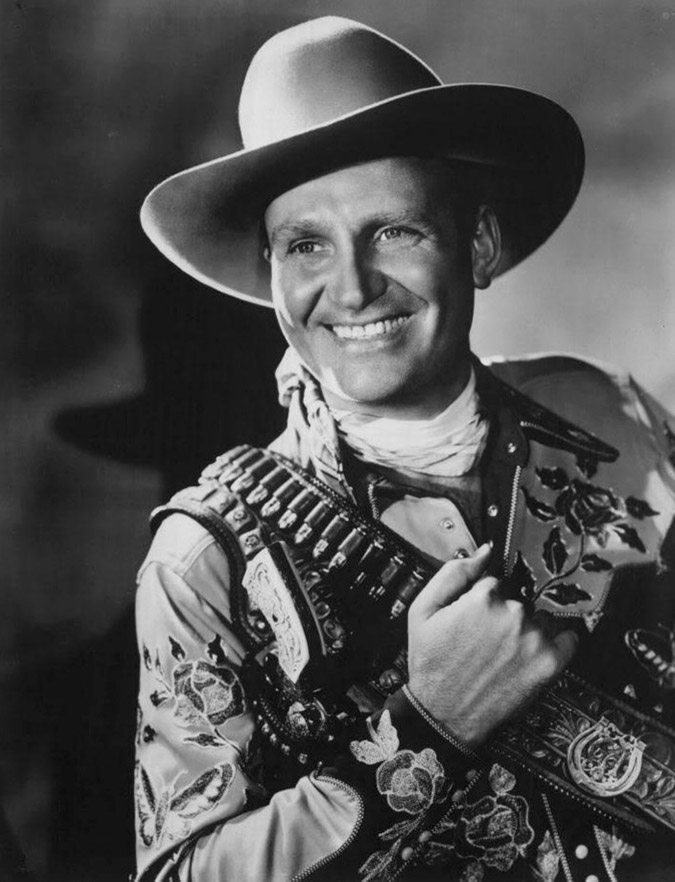