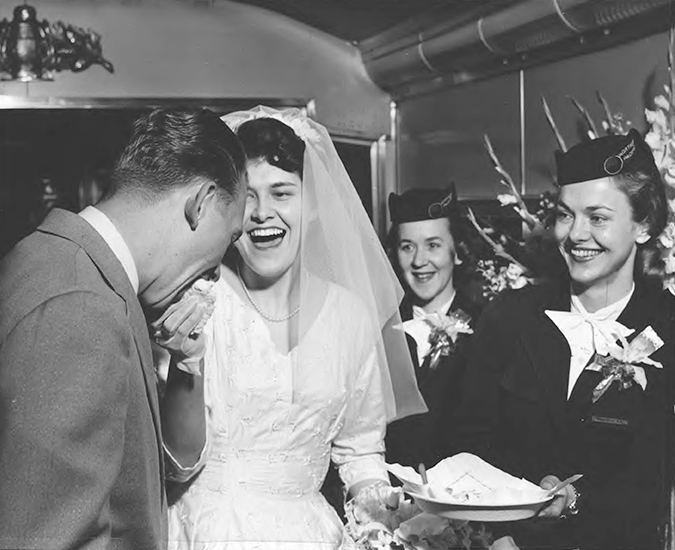 BNSF’s predecessors and their passenger rail dining services each had their own set of signature menus and dishes, depending on their geographical routes. Our series, Recipes on the Rail, will take you back to the days of dining car service and provide you with some delicious recipes for your enjoyment.

While short dinner excursions on rail or on a boat may make a romantic Valentine’s date night or special anniversary dinner today, dining aboard a train used to be an everyday affair to the more affluent travelers who wished to see the West Coast on our predecessor lines.

Before railcar dining, travelers had limited options for dining during their journey. Sometimes they would pack their own food baskets for the trip, but those wouldn’t always last. If baskets ran out, there might be a young boy working as a “news butcher” roaming the railcars with fruit, sandwiches and newspapers for sale. 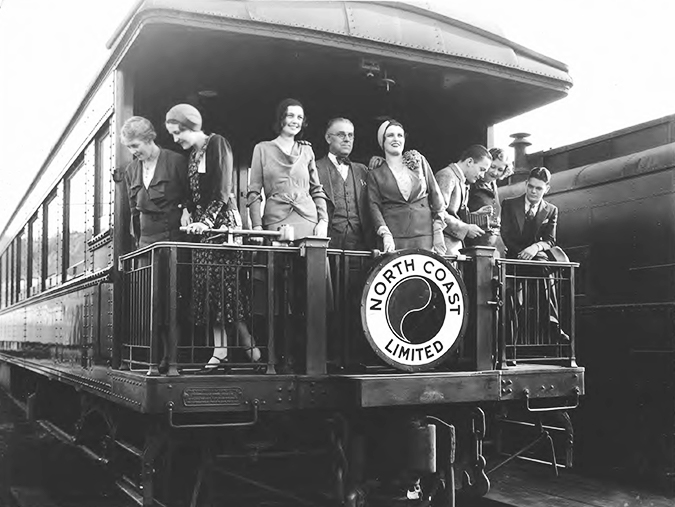 If passengers were lucky, there was a refreshment room where they could disembark to stretch their legs and hastily buy a variety of pies, sandwiches or hard-boiled eggs to tide them over. However, they only had about 15 minutes to get their food and drink (about the time it took to replenish the water tanks for the steam locomotives) before the call to board the train was heard.

That all changed in the mid-1800s following the introduction of the Pullman car. In 1868, just a few years after unveiling his sleeper car, George Pullman introduced the first dining car, The Delmonico, and changed the way passengers traveled by rail forever. The car cost $20,000 to build, or approximately $360,000 in today’s currency. 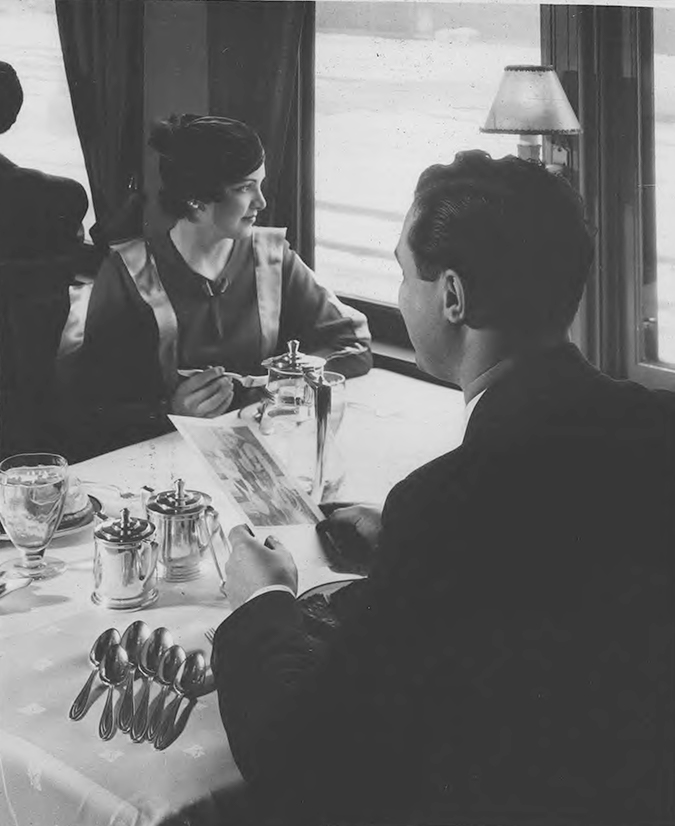 At first, the cars were arranged to have the kitchen in the middle with seating flanked on either side, but that proved to be an undesirable layout, so most later models placed the kitchen at one end of the car. Each dining car had a trained, permanent staff of two cooks and four attentive waiters who sometimes served upwards of 250 meals per day, though some services may have a staff up to a dozen.

When BNSF predecessor Northern Pacific debuted its express service to the West Coast, the North Coast Limited, on April 29, 1900, the dining menu was as rich as the sights viewed from the railcar domes. As passengers traveled from Chicago through Yellowstone National Park and all the way to Seattle they were encouraged to stop by the railcar for friendly service, good conversation and a hot meal finished off with delicious desserts like the Northern Pacific Devil’s Food Cake.

As Valentine’s Day nears, you too can recreate the romantic luxury of passenger rail days-gone-by -- and enjoy this cake with a loved one or some friends. 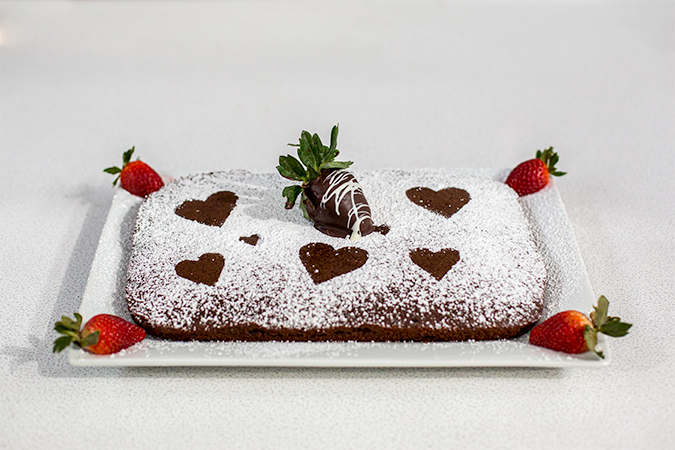