Operational Performance
BNSF continues to confront frequent extreme winter weather across much of the northern tier of our network from the Pacific Northwest into Chicago. Heavy snowfall and frigid temperatures have significantly impacted velocity and fluidity throughout the region. With only brief intervals of favorable conditions this month, BNSF teams have been limited in their ability to sustain normal operations in many areas after recovery operations have been completed.

Record-breaking snowfall in Washington during the past week, with the Seattle/Tacoma area already experiencing its snowiest month in 50 years, has caused disruptions to normal train flows to/from the state. Our Scenic Subdivision, which runs through the Cascade Mountains between Wenatchee and Everett, WA, has experienced several service interruptions during the past week with multiple feet of snow received over the past few days. Another round of winter weather during the next 24 hours may limit ongoing service recovery efforts.

In Montana, we have confronted both Arctic cold as well as heavy snowfall in many locations. Crews were on the scene of a large avalanche that occurred Wednesday afternoon on our Hi-Line Subdivision in Glacier National Park. The avalanche had blocked one of two main tracks through this location. Snow removal efforts were completed yesterday afternoon and service on the second main track has been restored. The risk for additional avalanches in this area, however, remains elevated and additional snow is in the forecast. 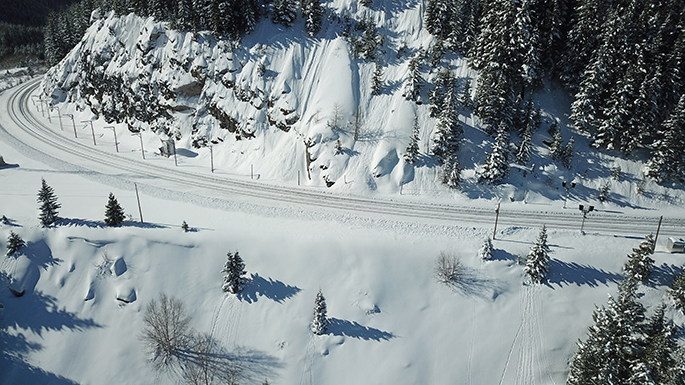 We also experienced service challenges earlier this week in our Chicago Division due to widespread commercial power outages that affected switches and switch heaters in multiple locations. In Missouri, ice dam flooding along portions of the Mississippi River forced a half-mile portion of our Hannibal Subdivision just south of Iowa/Missouri border out of service last Saturday afternoon. This short video highlights the extent of the flooding and water flow over our main line in this location.

Nearly all trains designated to move through this location during the track outage were re-routed. With receding water levels as well as efforts made by our engineering teams working with the Army Corps of Engineers, the main track was restored to service Tuesday evening.

Other areas of the network, while not directly experiencing the extreme weather, have also been impacted due to interconnected systems and resource imbalances resulting from harsh operating conditions elsewhere. We appreciate your patience as we respond aggressively to disruptions. As always, BNSF crews and equipment are working around the clock to restore service as quickly as possible. Additional resources have also been re-deployed to help improve train flows through these affected areas. 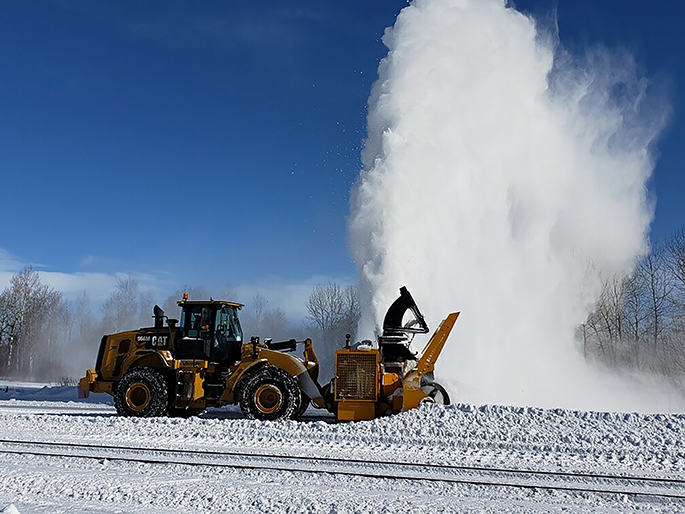 2019 Capital Plan
BNSF announced our 2019 capital investment plan earlier this week. The focus of the $3.57 billion plan is on continuing to operate a safe railroad that meets customers' demands. The largest component of the plan, approximately $2.47 billion, will be to replace and maintain BNSF's core network and related assets. This year's maintenance program will include approximately 12,000 miles of track surfacing and/or undercutting work and the replacement 535 miles of rail and nearly 2.3 million rail ties.

Approximately $760 million of this year's capital plan has been allocated for expansion and efficiency projects. We will provide further details on many of the line capacity projects in subsequent updates throughout the year.

Service Expectations for the Week Ahead
Winter weather will remain active across the western U.S. during the week ahead with multiple storm events expected. BNSF teams continue to monitor conditions throughout the network and will respond as aggressively as possible to any service interruptions.

Below is a look at the key operational performance categories for the week ending February 14:


Car velocity, measured in miles per day (MPD), was down by more than four percent at 180.2 MPD versus 188.0 MPD recorded the prior week.

Terminal dwell increased by nearly six percent versus the prior week at 29.7 hours.