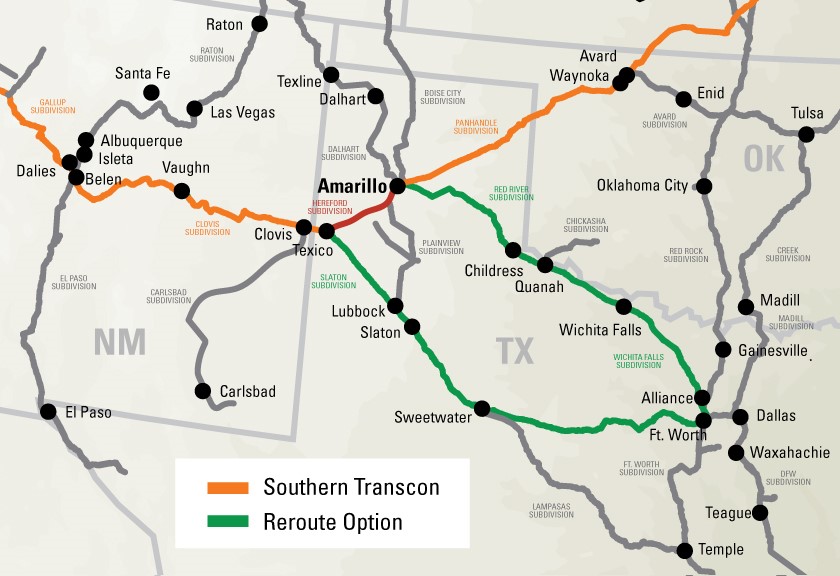 Get the Latest Agricultural News in Sam Sexhus' Podcast
In this week's audio podcast, BNSF Group Vice President of Agricultural Products, Sam Sexhus, gives an update on the network and covers one of BNSF's largest 2018 capital expansion projects - the addition of a fourth main track on our Hereford Subdivision through Amarillo, TX.


Car velocity was down by more than one percent at 209.3 MPD versus 212.2 MPD recorded the prior week.


Train velocity, measured in miles per hour (MPH), was down by nearly one percent versus the prior week at 17.8 MPH.