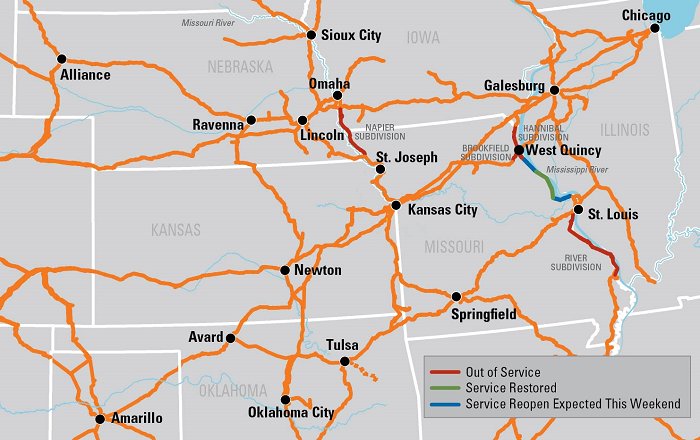 
Car velocity, measured in miles per day (MPD), was up by nearly one percent at 196.3 MPD versus 194.6 MPD recorded the prior week.


Train velocity, measured in miles per hour (MPH), was up by two percent versus the prior week at 16.0 MPH.