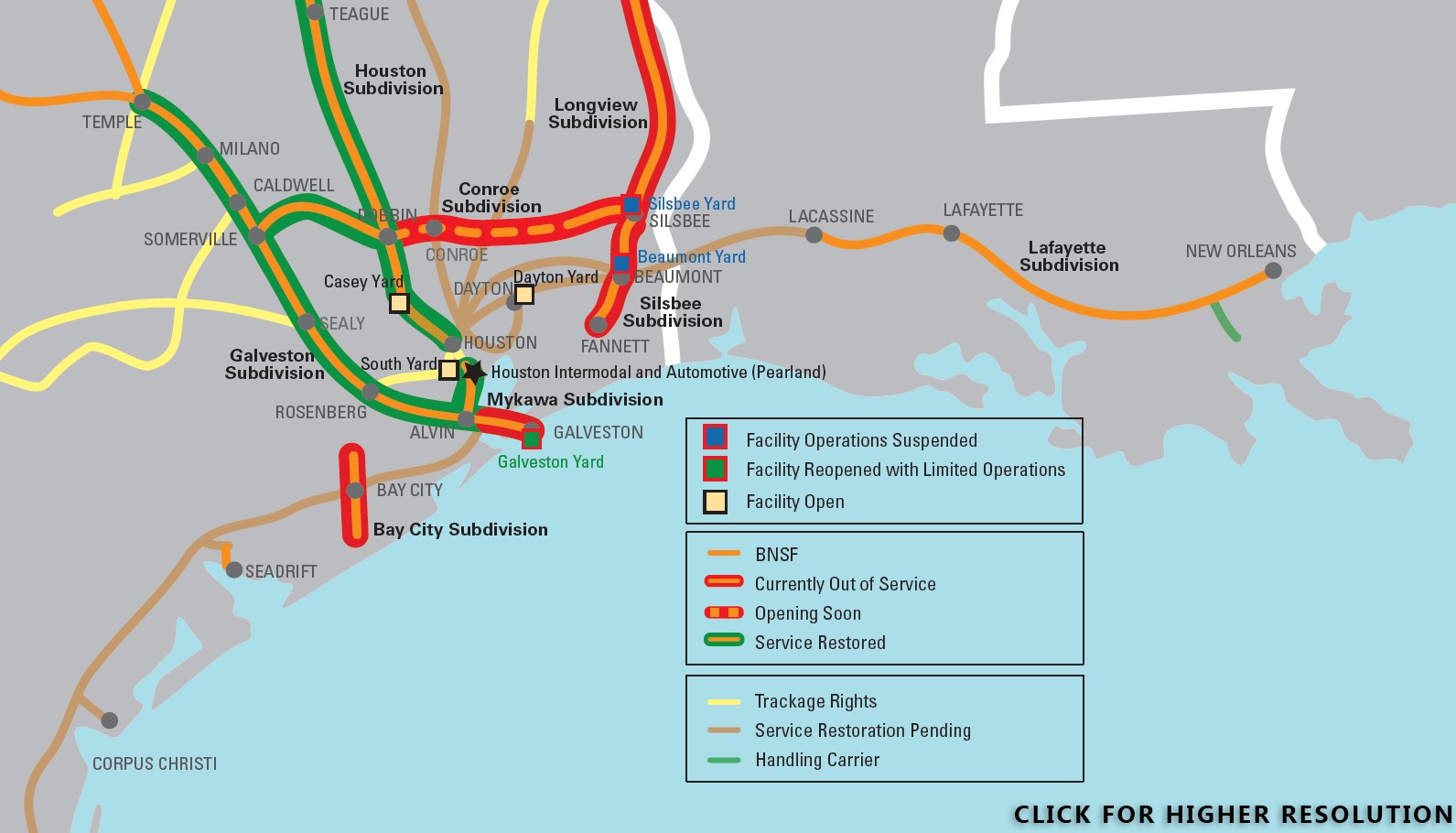 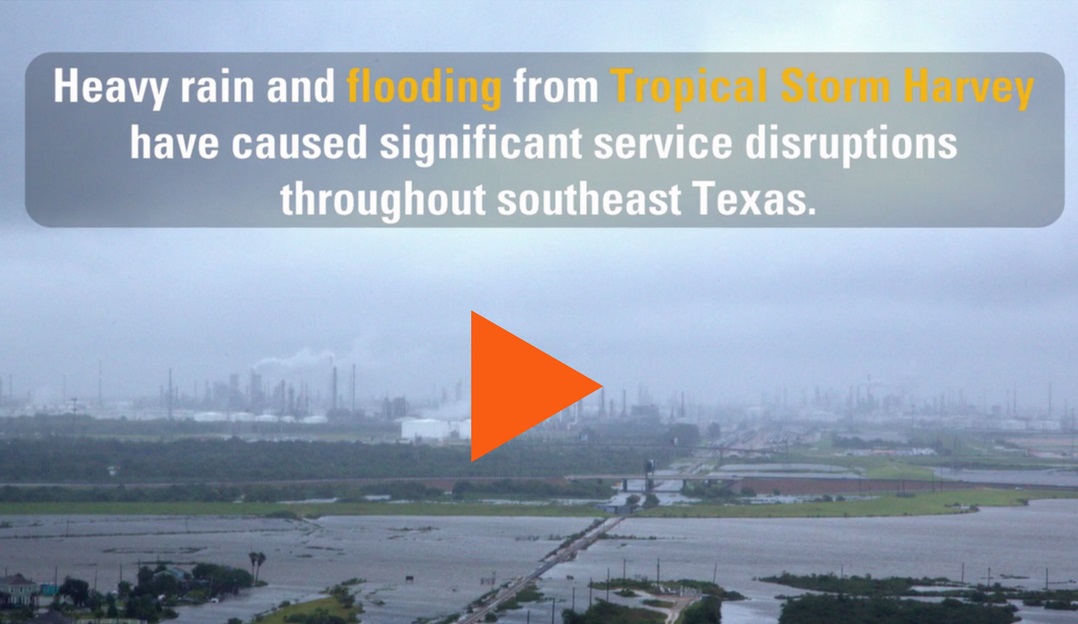 Industrial Products Update
We have issued an embargo for carload shipments destined to/originating from, or passing through, locations out of service due to the condition of transportation infrastructure in the Gulf Coast region. Embargoes are temporary holds to restrict the acceptance and handling of freight. You can view active embargoes at the AAR Embargo Railinc website here. For more information on embargoes and how to interpret them, we've created this reference guide.

Demurrage fees for all carload traffic originating from or destined to an embargoed station are not currently being assessed due to the impacts of the storm. We will provide 72-hour notice before re-instating demurrage fees.

If you would like to divert your shipment, you can do so using our Shipping Instructions Modifications (SIMs) tool on the BNSF.com customer portal. Fees for diversions are currently being waived. We will continue to assess the situation on the ground in the impacted area and provide 72-hour notice before re-instating diversion fees. For more information, contact BNSF Customer Support at 1-888-428-2673 option 4, option 3.

Car velocity decreased by nearly three percent at 216.3 MPD versus 222.0 MPD recorded the prior week.

Train velocity, measured in miles per hour (MPH), was down by nearly two percent versus the prior week at 18.7 MPH.