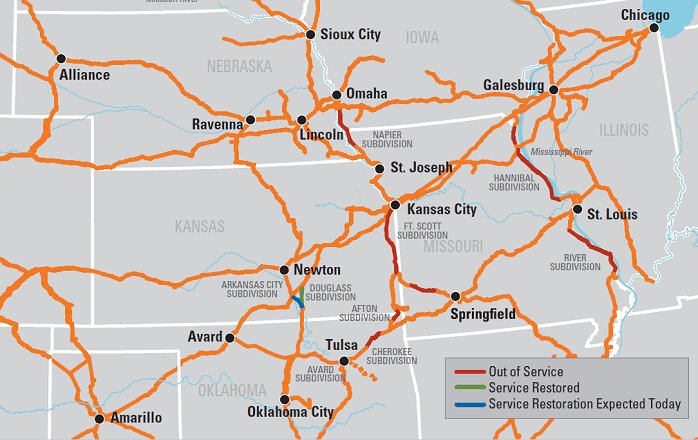 Memorial Day Holiday Operating Plan
BNSF will continue to operate intermodal trains over the Memorial Day holiday. However, due to lighter volumes of traffic and possible train consolidations, we anticipate that shipments from Saturday, May 25 through noon on Tuesday, May 28 may experience delays of up to 24 hours. Most intermodal facilities will operate normally throughout the Memorial Day holiday; a complete list of hub schedules can be found here.

Car velocity, measured in miles per day (MPD), was down by nearly three percent at 194.1 MPD versus 200.1 MPD recorded the prior week.

Train velocity, measured in miles per hour (MPH), was down by nearly one percent versus the prior week at 16.2 MPH.