FORT WORTH, TEXAS — BNSF Railway’s annual Holiday Express, which pays tribute to members of the U.S. military and their families, made its final stop in Nebraska earlier this week. During the five-day long train trip, approximately 2,000 active duty military men and women and their families climbed aboard the Holiday Express at various stops in Kansas, Texas, Colorado, Wyoming and Nebraska. Each year BNSF’s Holiday Express visits different parts of its rail network using BNSF’s specially configured passenger train, which includes special dining and viewing cars that give visitors a unique way to enjoy a ride on the rails.

“BNSF has a long history of supporting the military, dating back more than 160 years. Since those early days, our people, equipment and tracks have played an important role in our nation’s defense, helping to carry millions of men and women and countless tons of equipment and supplies to ports for deployment to conflicts around the world,” said Zak Andersen, BNSF vice president of corporate relations and BNSF Railway Foundation president. “The Holiday Express gives BNSF an opportunity to honor military families as we usher in the holiday season.”

Since its inaugural trip eight years ago, the Holiday Express has hosted more than 20,000 military personnel and their families, and the BNSF Railway Foundation has donated more than $570,000 to organizations that support troops and their families, including $70,000 this year alone. While on board the Holiday Express, families enjoyed special holiday treats, received a commemorative holiday ornament and were visited by Santa.

BNSF employs more than 8,000 veterans, who make up about 17 percent of its workforce. Thousands of BNSF employees have been called to active duty on multiple occasions. While deployed, they receive make-whole pay and benefits continuation for themselves and their families.

BNSF’s commitment to the military has earned it many honors including the prestigious Department of Defense Employer Support of the Guard and Reserve (ESGR) Freedom Award and multiple ESGR Seven Seals awards. BNSF is also consistently recognized as a Top Military Friendly Employer by G.I. Jobs magazine. 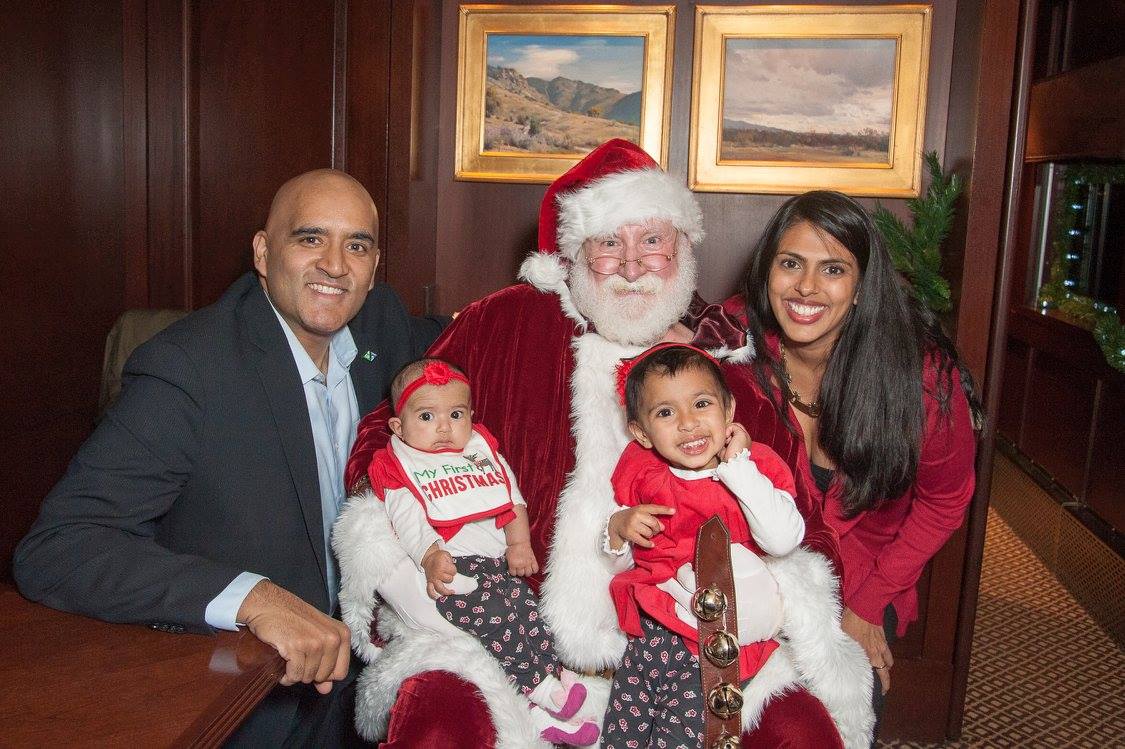