Fort Worth, Texas, Feb. 12, 2020 – BNSF Railway Company (BNSF) today announced its newest logistics center, Logistics Center North Houston at Cleveland. Once completed, the rail-served development is designed to help businesses increase their reach and speed to the densely-populated Houston market and surrounding area. As with other BNSF Logistics Centers, customers locating at North Houston can save nine months or more of development time and expense.

“The reality of a BNSF Logistics Center is a game changer for Cleveland’s industrial future,” said Mayor Otis Cohn. “Cleveland is perfectly poised for such a development as it is a vital and important link in our national transportation system. Cleveland lends itself to transportation services, located strategically as it is, but it took a company like BNSF to see and realize that potential.” 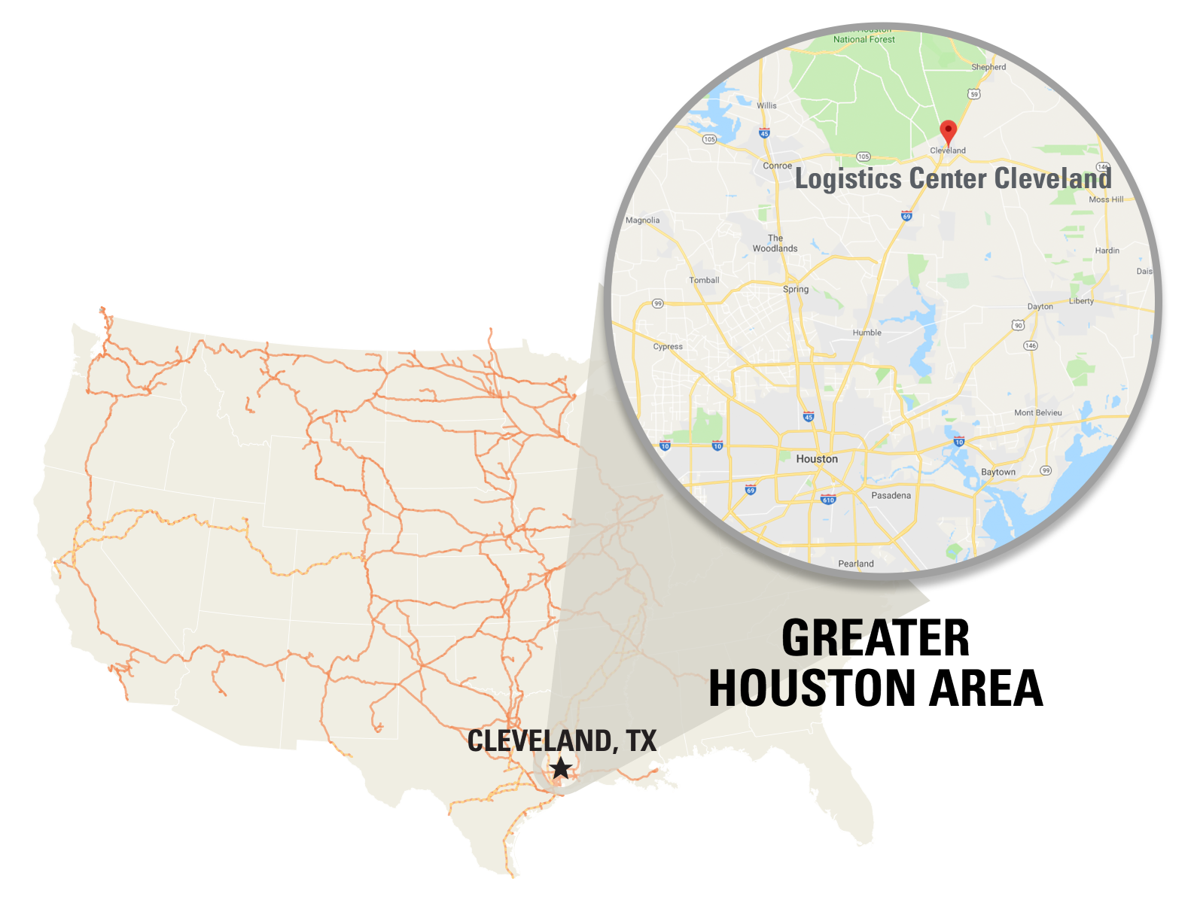 Logistics Center North Houston at Cleveland addresses the needs of the ever-growing Houston market. Located next to I-69 and State Highway 105, the site provides unrestricted access to the Greater Houston area. With more than 1,100 total acres, the business park is capable of handling multiple commodities offering a rail-served site that is customizable to fit the needs of customers. The facility features more than 20 new customer sites and has the ability to serve both manifest mixed freight and unit train single commodity customers.

“BNSF’s Economic Development team strategically selects logistics center locations for the convergence of rail and road at underserved, key growing markets,” said Colby Tanner, assistant vice president, economic development. “When our customers utilize the knowledge and expertise of our economic development team, they can expect to save significant time and money when locating their facilities at these prime locations, such as the Greater Houston area.”