WHITEFISH, Montana, February 13, 2018 - BNSF Railway Company (BNSF) today announced that its 2018 capital expenditure program in Montana will be approximately $135 million. This year's plan in Montana remains focused on maintenance projects to ensure BNSF continues to operate a safe and reliable rail network. The largest component of this year's capital plan in the state will be for replacing and upgrading rail, rail ties and ballast, which are the main components for the tracks on which BNSF trains operate.

“Maintaining a safe and reliable network is one way BNSF works to keep Montana's economy moving. Freight rail connects Montana’s farmers and lumber producers with the major U.S. markets, and with exports facilities ready to move their products overseas. Rail is also a vital component of getting the people of Montana the consumer products they need,” said Jon Gabriel, general manager of operations, Montana Division. 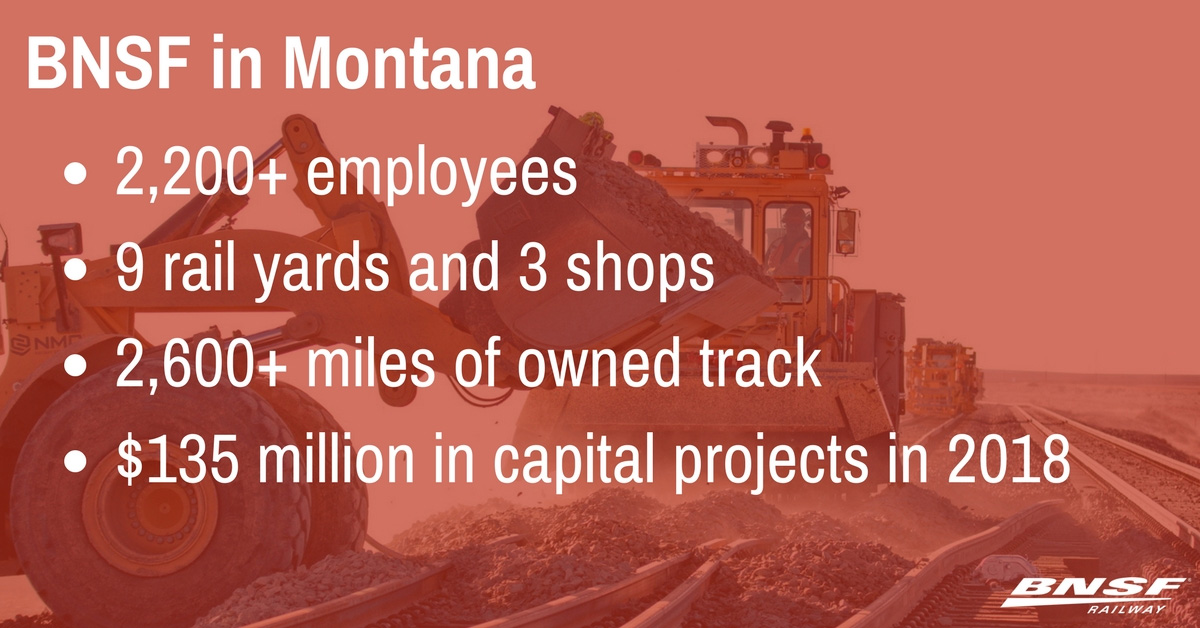 Over the past five years, BNSF has invested approximately $850 million to expand and maintain its network in Montana. This year, the maintenance program in Montana includes approximately 820 miles of track surfacing and/or undercutting work as well as the replacement of nearly 60 miles of rail and about 200,000 ties. Multiple projects are scheduled on our Kootenai River Subdivision, which runs between Sandpoint, Idaho and Whitefish. BNSF will signalize various sidings on the subdivision between Sandpoint and Whitefish to enable Centralized Traffic Control (CTC) and make improvements to the Flathead Tunnel, the 7-mile long railroad tunnel in northwest Montana.