SEATTLE, WASHINGTON – BNSF Railway Company (BNSF) today announced that its 2016 capital expenditure program in Washington will be nearly $220 million. This year’s plan in Washington is focused on maintenance projects that help ensure BNSF continues to operate a safe and reliable network and reflects the success BNSF has had in adding capacity in prior years to support customer demand. The 2016 program will also bring capital investments more in line with forecasted customer freight service demand. The largest component of this year’s capital plan in the state will be for replacing and upgrading rail, rail ties and ballast, which are the main components for the tracks on which BNSF trains operate. Regular maintenance of the railroad allows BNSF to keep its network infrastructure in optimal condition and reduces the need for unscheduled service work that can slow down the BNSF rail network and reduce capacity.

"This region is important to the success of our overall network and the broader economy."

“Freight rail is vital to Washington, where nearly 40 percent of all jobs in the state are tied to international trade. Our sizable operations in Washington help connect local businesses with markets throughout the U.S. and around the globe. This region is important to the success of our overall network and the broader economy. Whether it is moving raw materials headed to manufacturing plants, finished products to retail stores, or passengers riding commuter trains, which operate on our network, we remain focused on operating a safe, efficient and reliable network at all times,” said Jared Wootton, BNSF general manager of operations, Northwest Division.

BNSF’s maintenance program in Washington includes more than 1,260 miles of track surfacing and/or undercutting work, the replacement of nearly 70 miles of rail and close to 243,000 ties, as well as signal upgrades for federally mandated positive train control (PTC). This year’s capital projects in the state also include continuing the replacement of the Washougal River bridge in Camas and follow more than $550 million invested by BNSF in its network in Washington over the past three years.

The 2016 planned capital investments in the state are part of BNSF’s $4.3 billion network-wide capital expenditure program announced last month. These investments include $2.8 billion to replace and maintain core network and related assets, approximately $500 million on expansion and efficiency projects, $300 million for continued implementation of PTC and more than $600 million for locomotives, freight cars and other equipment acquisitions. 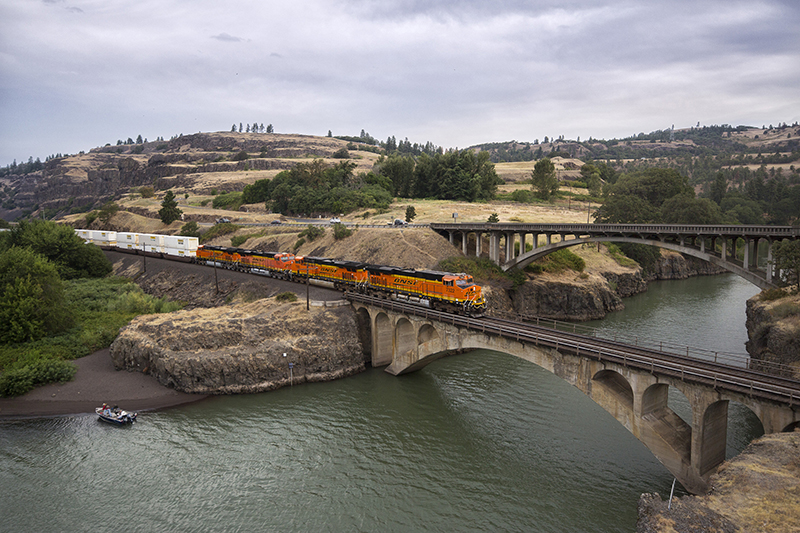