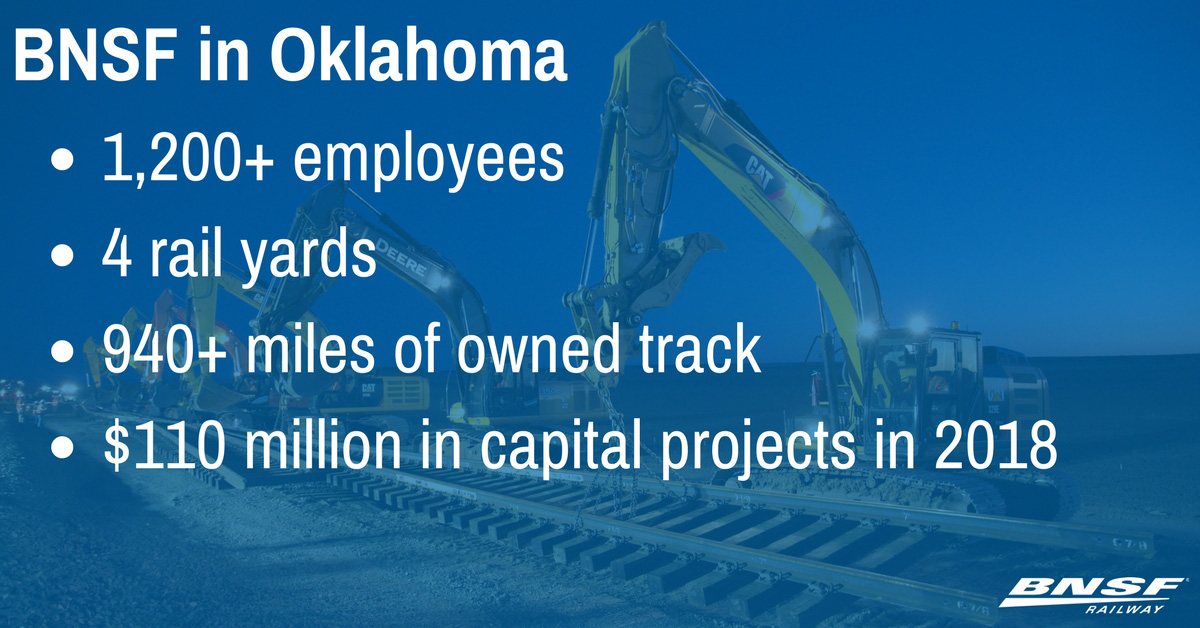 OKLAHOMA CITY, February 20, 2018 – BNSF Railway Company (BNSF) today announced that its 2018 capital expenditure program in Oklahoma will be approximately $110 million. To ensure BNSF continues to operate a safe and reliable rail network, this year’s plan in Oklahoma remains focused on maintenance projects. The largest component of this year’s capital plan in the state will be for replacing and upgrading rail, rail ties and ballast, which are the main components for the tracks on which BNSF trains operate.

Over the past five years, BNSF has invested about $630 million to expand and maintain its network in Oklahoma. This year, the maintenance program in Oklahoma includes approximately 620 miles of track surfacing and/or undercutting work as well as the replacement of nearly 30 miles of rail and more than 230,000 ties. On the Avard Subdivision, which runs between Avard and Tulsa, a new siding will be installed near Hopeton.

“Each year, BNSF hauls approximately 28,000 carloads of wheat, corn, soybeans and other agricultural products from Oklahoma to domestic markets and to the ports for export. We also move the fertilizer that helps those crops grow, in addition to consumer products, construction materials and energy products,” said Janssen Thompson, general manager of operations, Red River Division. “The maintenance projects BNSF has planned for this year will help ensure the safe and reliable movement of freight in Oklahoma and our entire rail network.”