FORT WORTH, TEXAS – BNSF Railway Company (BNSF) today announced that its 2016 capital expenditure program in New Mexico will be nearly $100 million. This year’s plan in New Mexico is focused on projects that help ensure BNSF continues to operate a safe and reliable network and reflects the success BNSF has had in adding capacity in prior years to support customer demand. The 2016 program will also bring capital investments more in line with forecasted customer freight service demand. The largest component of this year’s capital plan in the state will be for replacing and upgrading rail, rail ties and ballast, which are the main components for the tracks on which BNSF trains operate. Regular maintenance of the railroad allows BNSF to keep its network infrastructure in optimal condition and reduces the need for unscheduled service work that can slow down the BNSF rail network and reduce capacity.

“New Mexico plays an important part in the success of our overall network and the broader economy,” said Steve Curtright, BNSF general manager of operations, Southwest Division. “At BNSF we will always remain focused on operating a safe and reliable network while helping connect products with key consumer markets across our nation and the world.”

BNSF’s maintenance program in New Mexico includes approximately 900 miles of track surfacing and/or undercutting work, the replacement of about 15 miles of rail and more than 195,000 ties, as well as signal upgrades for federally mandated positive train control (PTC). This year’s program follows more than $325 million invested by BNSF in its network in New Mexico over the past three years.

Other capital projects in New Mexico include the continuation of the installation of a new bridge and second track to cross the Pecos River and double track near Fort Sumner. Finishing up the bridge and double track projects in New Mexico will mean that all but four miles of BNSF’s more than 2,000-mile Southern Transcon route connecting the West Coast to major intermodal markets such as Chicago, Dallas/Fort Worth and Kansas City will be double tracked this year.

The 2016 planned capital investments in the state are part of BNSF’s $4.3 billion network-wide capital expenditure program announced last month. These investments include $2.8 billion to replace and maintain core network and related assets, approximately $500 million on expansion and efficiency projects, $300 million for continued implementation of PTC and more than $600 million for locomotives, freight cars and other equipment acquisitions. 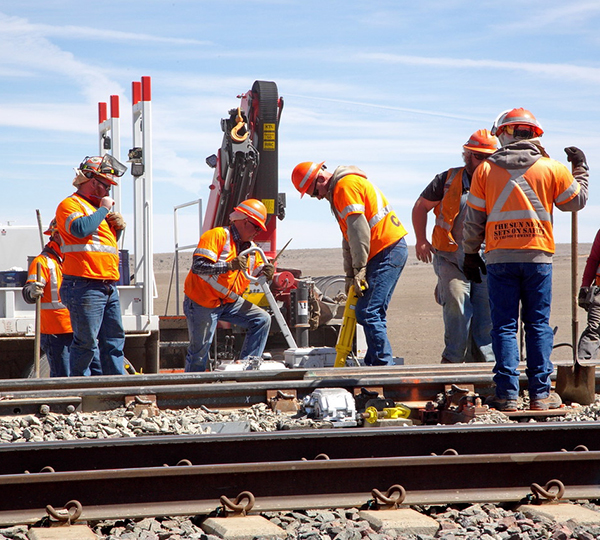