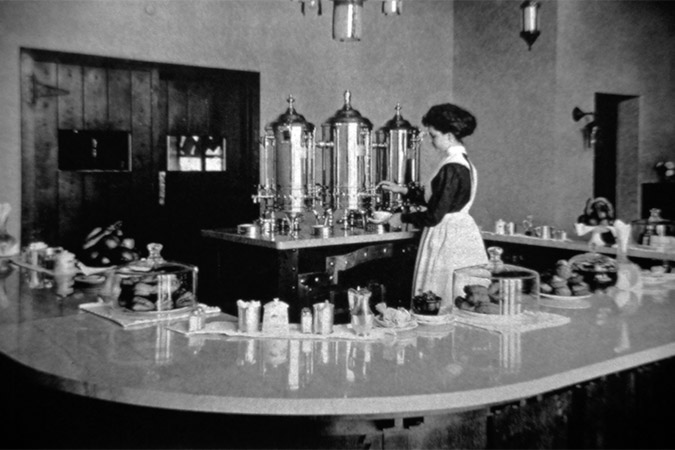 In the late 19th Century and first half of the 20th Century, weary rail passengers traveling through the American Southwest needed dining options and places to spend the night. Those needs were met by Fred Harvey and his welcoming Harvey House restaurants and hotels. 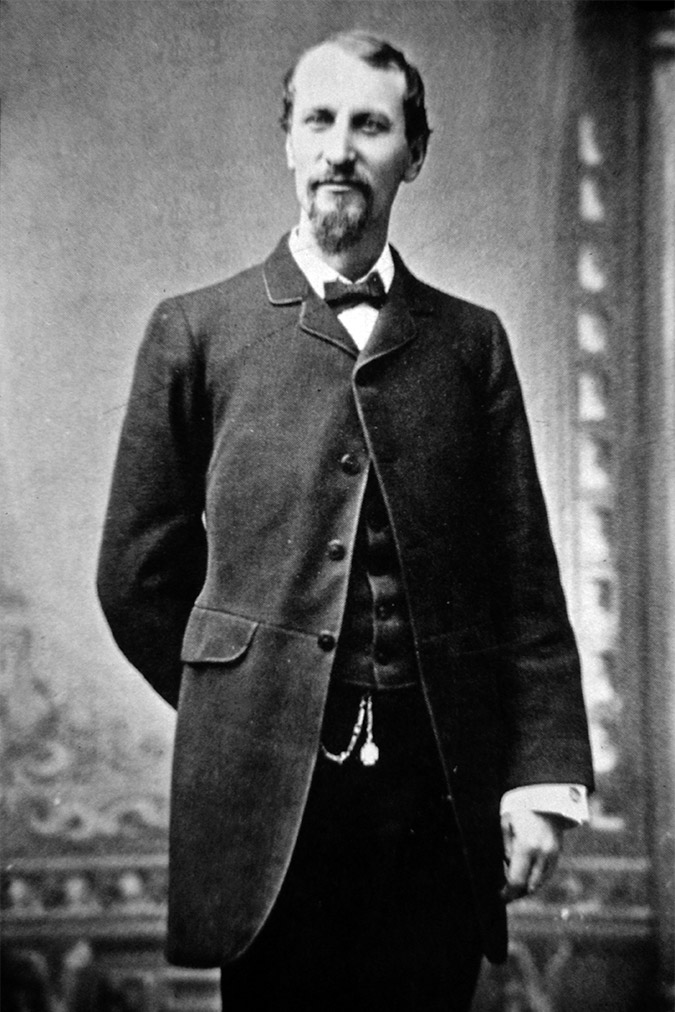 Harvey immigrated to the United States from England in 1850 when he was just 15. With his entrepreneurial spirit, he managed to open a café in St. Louis by the time he was 22. When that business partnership fell through, he got a job as a freight agent at the Hannibal & St. Joseph Railroad, which would later become part of BNSF predecessor Chicago, Burlington & Quincy Railroad (CB&Q). As an agent, Harvey traveled the Midwest during the week and stayed home with his family in Kansas on weekends.

During his travels, Harvey noticed how poor dining accommodations were for travelers when trains stopped to refill the engine’s water tanks. A businessman and restaurateur at heart, he approached his superiors about opening lunchrooms and dining halls along the route. They dismissed the idea, but it was suggested that he try the Atchison, Topeka and Santa Fe Railway (ATSF). In 1867, he met with Charles Morse, the superintendent of ATSF, and the two struck a deal setting up restaurants called Harvey Houses along the ATSF route.

Harvey Houses aimed to provide passengers with comfort and luxury at a moderate price. Male wait staff were prone to fighting, so he hired women. Newspaper ads were placed to recruit young, attractive women "of good character" to be waitresses and provide hospitality to the passengers. The women, who were famously known as Harvey Girls, received free meals and housing while earning $17.50 per month. At a time when career paths for young women were scarce, being a Harvey Girl offered the allure of adventure and a sense of stability.

The restaurants operated like well-oiled machines. To accommodate large numbers of travelers in a short amount of time, a system was created between the Harvey Houses and incoming passenger trains.

First, as the train hurtled toward the station before a meal stop, a member of the train crew would walk through the railcars asking passengers if they would be dining or not. The crew member then wired ahead of the stop to let the restaurant know how many meals to prepare. Waitresses would begin preparing for the onslaught of visitors by setting plates and cups at tables in accordance with the count. By the time the travelers entered the doors, hot meals were already being placed on tables.

When Fred Harvey died in 1901, there were more than 45 Harvey House restaurants. Even after Harvey’s passing, his legacy lived on as ATSF continued to open new Harvey Houses. His grandchildren continued serving guests through 1968, when the decline in passenger rail slowed business.

One of the Harvey Houses was the La Fonda Hotel in Santa Fe, New Mexico, a historic hotel that is still in operation. The hotel was purchased in 1925 by the ATSF and served as a Harvey House restaurant until 1969. The dining room even served a dessert named after the hotel, the La Fonda Pudding.

As summer heats up, we encourage you to try the famous La Fonda Pudding for your next backyard barbecue!

Adapted from Dining by Rail by James D. Porterfield

Crush graham crackers fine using a rolling pin and set aside for later use. Butter bottom and sides of an 8” x 8” baking pan and set aside. Separate egg yolks from whites. In medium mixing bowl, beat egg yolks until thickened and of a lemon color. Continue beating constantly as you gradually add the sugar. Into the yolk/sugar mixture, fold the graham cracker crumbs, salt, chopped walnuts, vanilla and baking powder. Beat egg whites until light peaks form, then fold into mixture. Pour mixture into baking pan and bake for 45 minutes, until inserted knife comes out clean. Remove baking pan to wire rack and let cool for 10 minutes. Remove from pan and cut into 2-inch squares. Serve topped with whipped cream and a sprinkle of chopped walnuts. 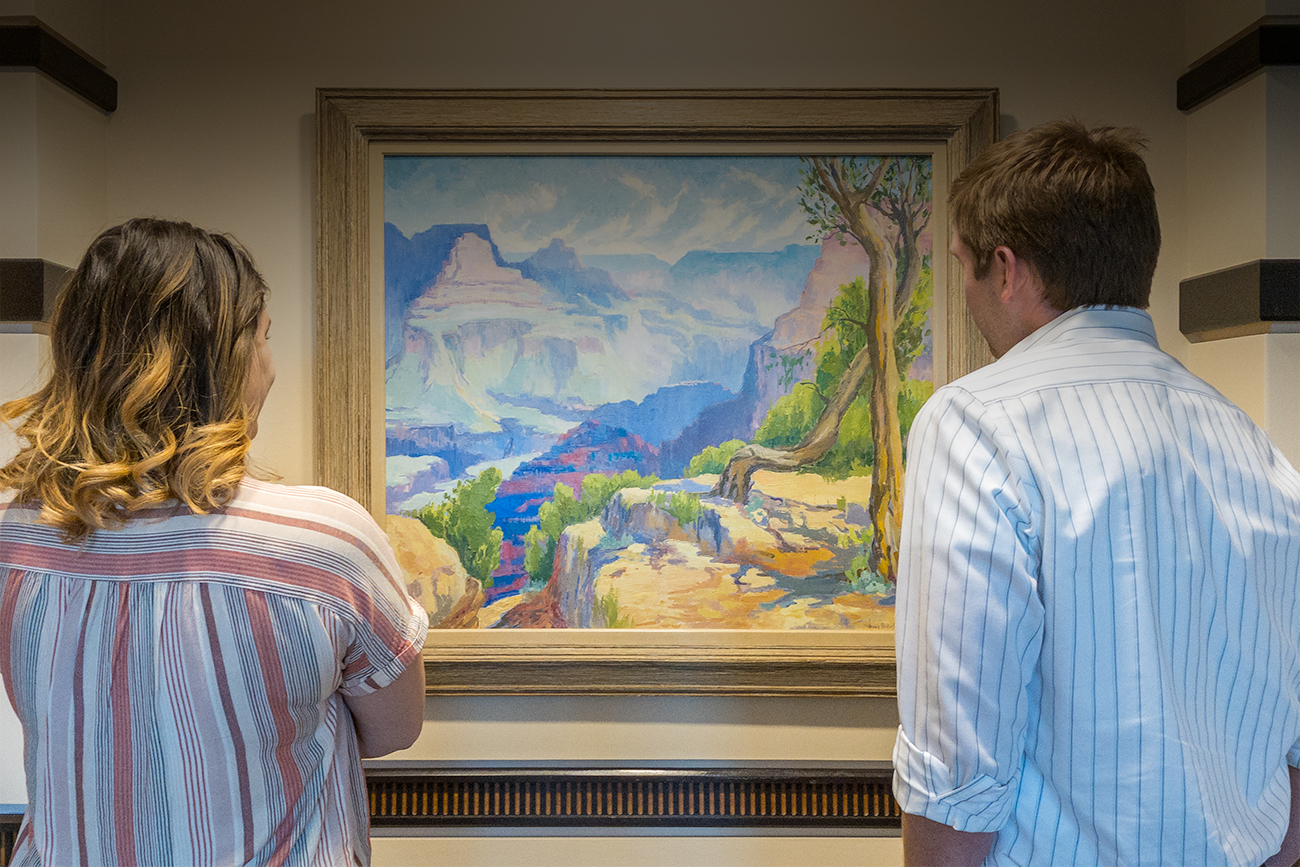 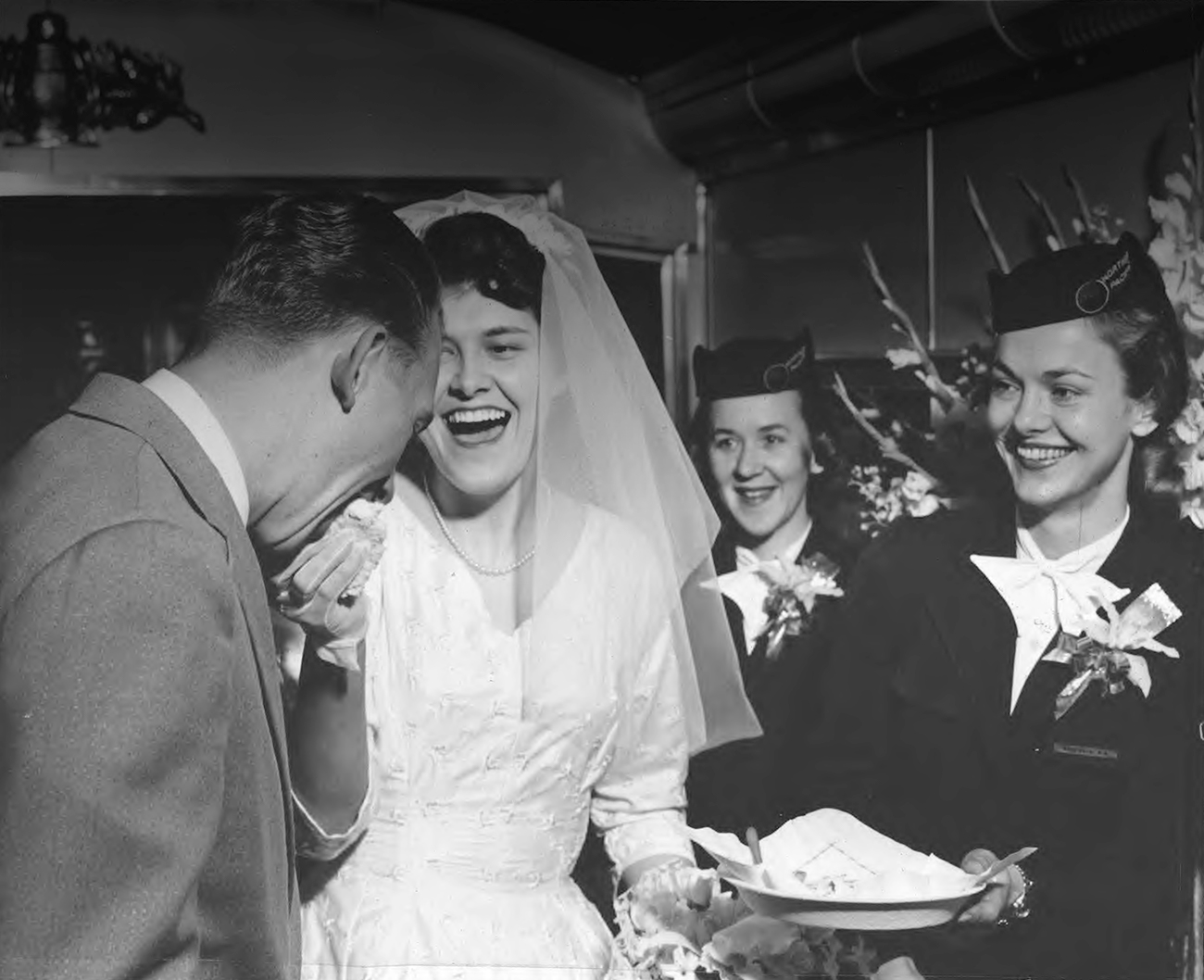