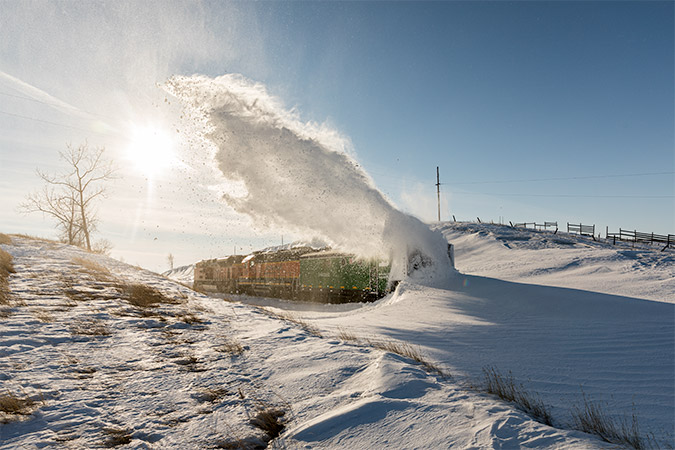 Weighing in at more than 150 tons and equipped with an 11-foot fan that can cut through deep snowdrifts, rotary snowplows play a crucial role in BNSF’s winter action plans.

The slow-moving, snow-throwing rotaries were originally steam powered, debuting in American railroading in the 1880s. Those now in service with BNSF were originally built in the early 1900s for Northern Pacific and the Great Northern railroads and have since been modernized.

Today, we strategically station our rotaries at four key locations near our Northern Transcon route: Glendive, Montana; Minneapolis; and Lincoln and Alliance, Nebraska.

“We generally use the rotary snowplows after dramatic snowfall events where snow volumes are deeper than the height of our typical snowplow blades or in places where we have hills or cuts adjacent to the track that do not allow us to push the snow clear of the path,” said Matthew Hammond, assistant vice president and chief engineer north region, Engineering. “The snowplows work to push snow to either side of the track as a train travels through snowdrift. However, snowpack in flatter landscapes will build up high enough to where this method becomes ineffective. That’s when our rotary snowplows become invaluable.”

The rotary plow is not self-propelled, so one or more locomotives are coupled behind to push the plow along the track.

While the locomotives are controlled by the engineer, a separate snowplow crew controls the rotary. The extended cab of the snowplow offers more room for an expanded crew of an engineer, conductor, road foreman and two Mechanical support staff to maintain the equipment. The rotaries are fully stocked with cold weather equipment and snow shovels plus a generator to power the heater and provide lighting.

The rotaries are stored in operative condition when not in use.

“Our Mechanical crews prepare the plows before the first of November as part of our winter action plans, which ensure that resources and procedures are in place to minimize winter’s impact over the various regions of our network,” said Hammond. “Preparing the rotaries includes lubricating bearings, topping off fuel tanks, greasing fittings and checking tools and supplies long before they are needed.”

Our snowplow crews make sure that they are ready for extreme weather conditions. In addition to their standard winter personal protective equipment, they bring extra gloves and winter outerwear, as well as personal food provisions, required medical prescriptions, cell chargers and even spending money for the possibility of an extended assignment.

Operations during the daylight hours are most efficient, offering crews higher visibility. When the snow is deeper than the plow, crews push the rotary ahead and tunnel into the snow. Then they back out, let the snow cave in and repeat the process. The work is slow; rotaries move at just over one-half mph when removing heavy snows. If they move any faster, the blades will clog or even freeze.

Even with a measured approach, sometimes freezing is inevitable. When that happens, the crew will stop, climb on the top of the plow and use brooms and other equipment to chip off the ice. Other times, crews have to remove compacted snow from the blades. The work is hard, and the climate can be unforgiving when snow and wind are moving fiercely.

The rotary crew also vigilantly watches for hidden rocks and debris in the snow. Although the machinery is designed to safely spit out a rock weighing up to 25 pounds from the discharge chute, the same rock or debris could harm the rotary blades. That could put the plow out of action, requiring the Mechanical staff to attend to the disruption. The crew can configure the chute to throw snow out to either the left or right side of the tracks to provide the most advantageous conditions when clearing the path.

When spring arrives, our crews bid farewell to the big rotaries. The Mechanical team cleans, services, secures and stores the machines in their respective yards, where they will wait silently for next winter’s call.

Watch BNSF's rotary snowplow clear the tracks. Thanks to Houston Engineering for supplying the video footage. 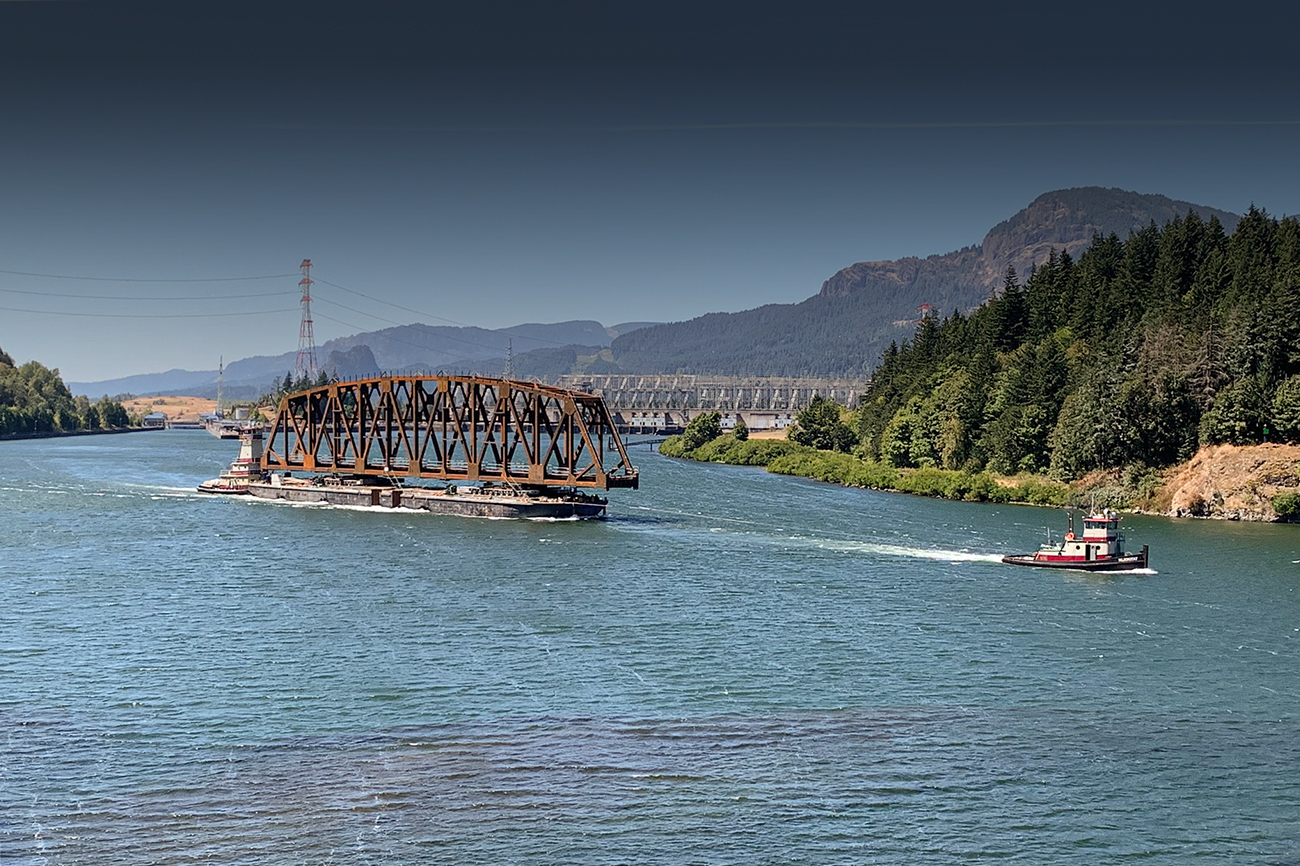 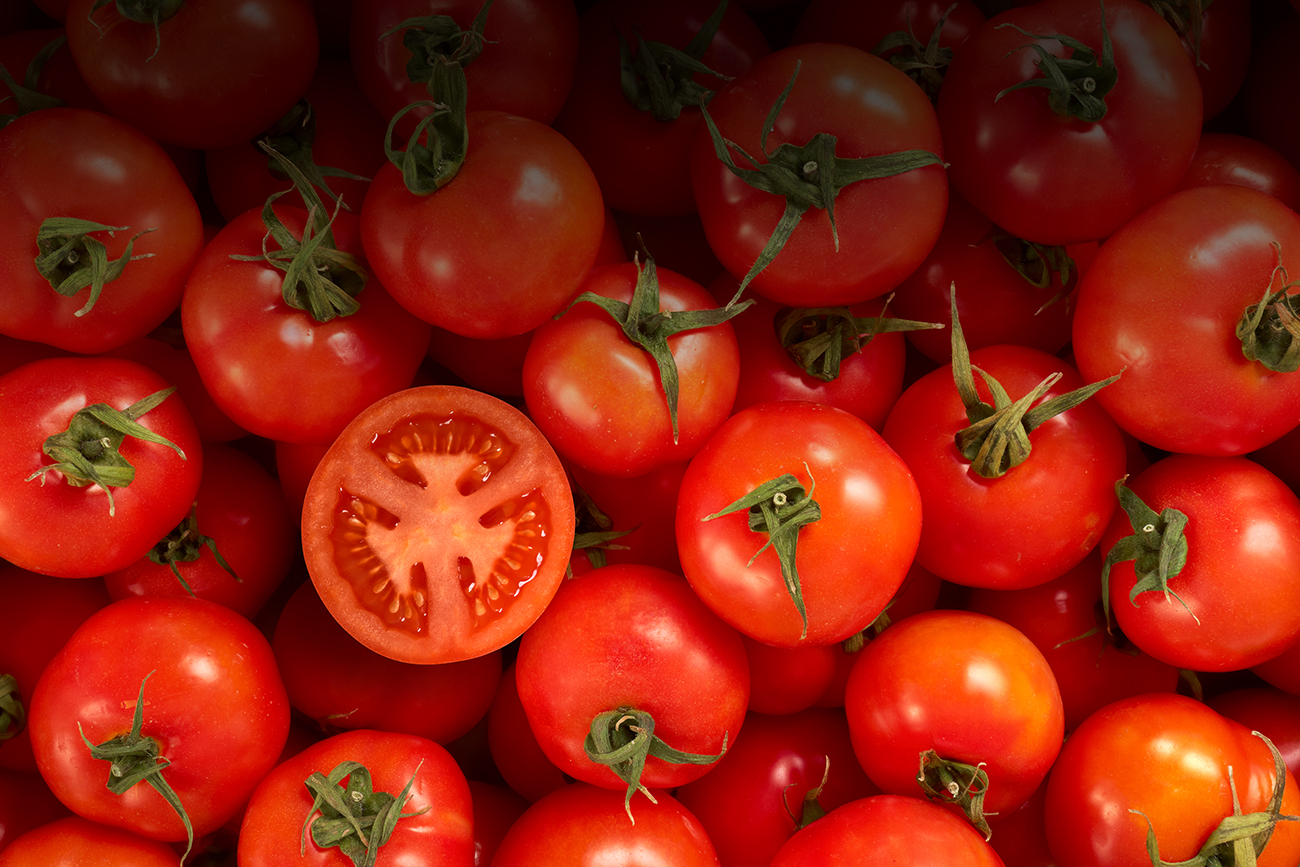 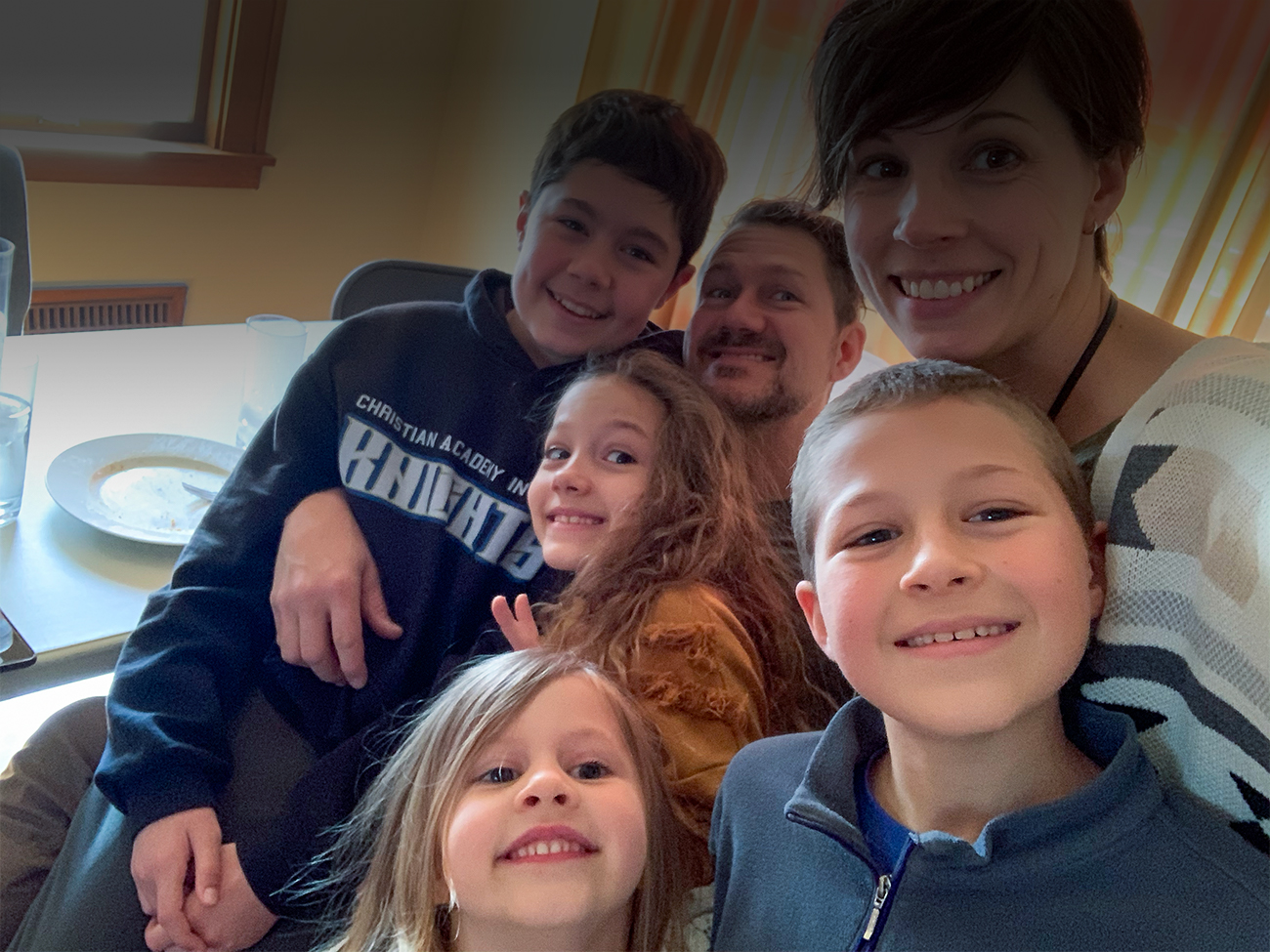